The nice thing about Spain and Europe in general is that if you drive half hour in any direction you are bound to meet a village, town or city to explore and discover. The land is populated by quaint white-washed villages called in Spain, Pueblo Blancos, beautiful seaside towns along the coast, spectacular mountain villages or majestic cities all different from one another. It would take more than a lifetime to see them all. It is simply impossible to get bored in Spain. One will instead either be charmed and seduced or intrigued enough to plan a second trip.

Terry, Amy Lou and I went on a week long road trip last week, up the coast to Barcelona. We stopped on the way to Valencia and were incredibly surprised at how beautiful this first class city on the costa Blanca is. Wow! What a beauty this city is with endless beaches, first class art and culture centers and a gorgeous old city core. This is a classy city renowned for its fine restaurants and art galleries. We must go back for an extended weekend next year! 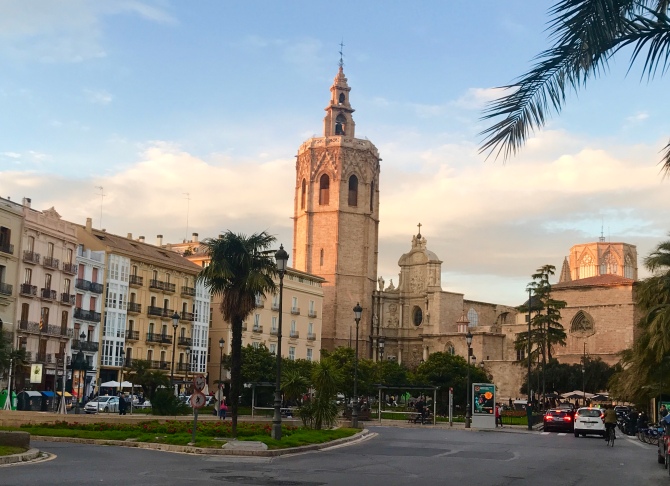 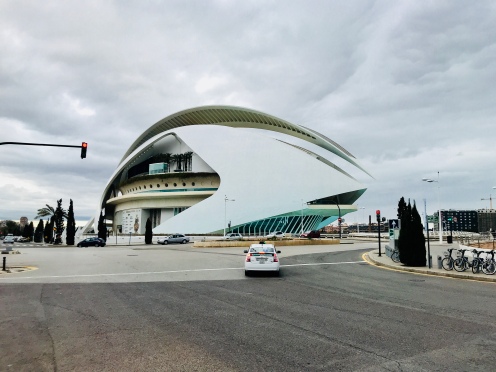 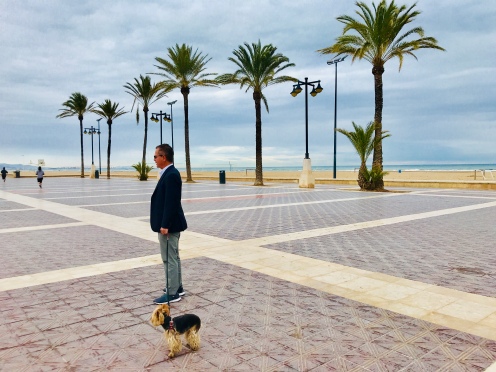 We then drove all the way to Barcelona. This elegant city is bustling with life and energy. The architecture from the modernist days of Gaudi adds a different look compared to other Spanish cities. 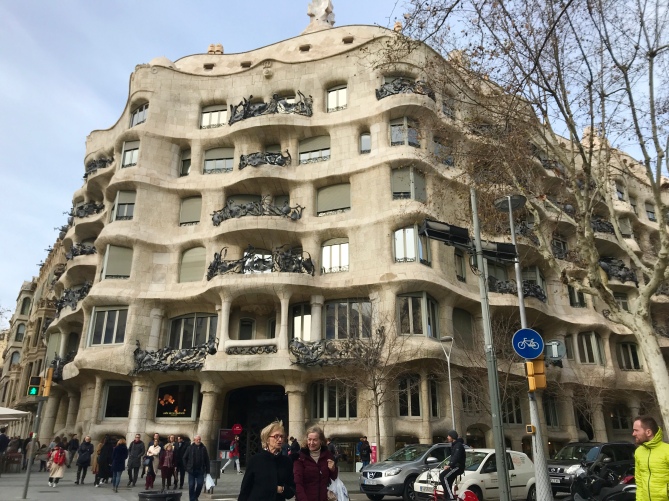 You can also hear and feel the very distinct Catalan culture here. Barcelona is a huge and very busy city. You really need to take a bus tour, like the hop on hop off bus, to get an overall look of what the city is all about.  Here is a picture of Amy Lou on the Hop on Hop off bus illegally and incognito in our carrier bag.  We let her head out while on the bus.  Such a good traveler!

The city has so much to offer such as; the Gothic quarter, the eclectic and artsy El Born, the chic neighborhood of Eixample, a walk down the super busy La Rambla, the surrounding area, the locals call “Las Ramblas”, the Port and its amazing marina restaurants, the majestic and avant-garde Sagrada Familia, and the other Gaudi designed masterpieces, Casa Milà, La Padera, and Parc Gruel. 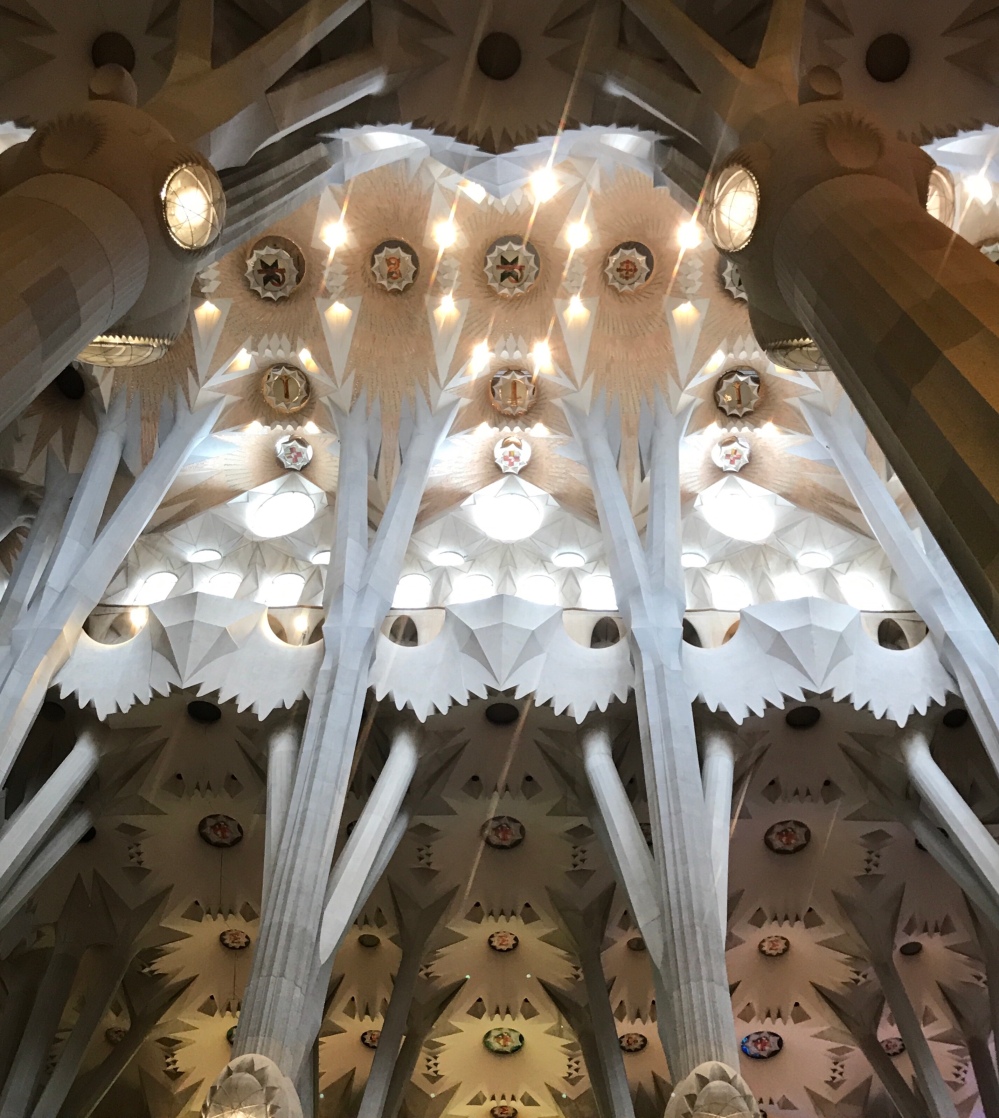 So much to see and do in Barcelona. One must also sample the delicious Pintxos, which are the Catalan version of Tapas but mostly on a slice of baguette bread like the picture below.

We will definitely go back to Barcelona. Four days was good but it deserves a second visit just to soak it all in and live the Barcelona lifestyle. A word of advice about Barcelona, it is incredible noisy. The World Economic Forum rates it as number 7 noisiest city in the world. Bring earplugs to sleep well!

Also, while there were no tolls at all to drive to Madrid or Granada, there were tolls as you approach Valencia and all the way to Barcelona. See the cost below. Not cheap!

On the way back, we stopped for a night at the sea side town of Altea. Wow! We were pleasantly surprised at this beautiful old village where you can also stay in a small hotel on the pebbly beach with stunning views of two mountains extending to the sea. This is a really nice little town to stay for a couple of nights. 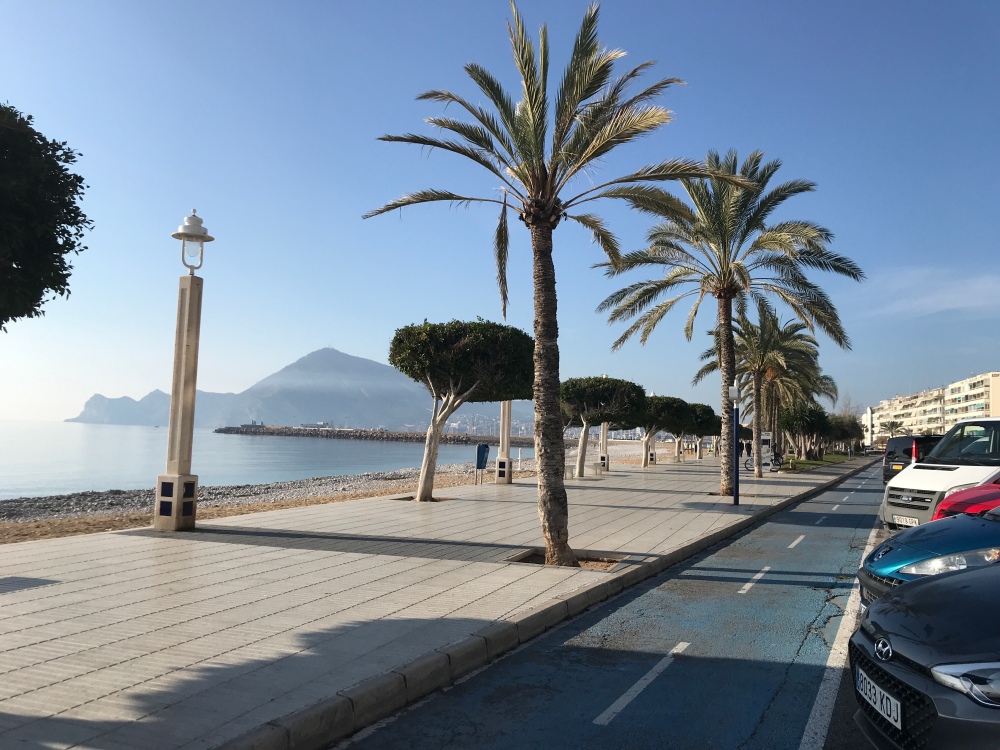 The drive to Barcelona is a total of 9 hours. Stopping one night each way cut the journey in half and was perfect for us and our little dog, Amy Lou who by now, has got the hang of road trips.  She loves hotels as well because we get to all hang out together in the big bed!!

You may wonder whether it is best to fly or drive from the costa del sol to Barcelona. If you have time like we do, driving is fun and you get to discover other places you would not see if you flew. When you add up the time spent to drive to the airport and wait to board, fly and cab to the hotel, all in all, it took us two more days but these were spent discovering new towns. We really enjoyed this road trip and would do it all over again someday.

As far as cost is concerned, here is the tally:

Flying from Nerja/Malaga to Barcelona
120 euros x 2 tickets + dog fee 80=320euros. (You can do it cheaper with Ryanair but they don’t take dogs in cabin. This was the fare with Iberia)
Parking car at airport = 50euros
Cabs to and from airport in Barcelona = 100euros

Driving from Nerja to Barcelona
Gas: 90euros
Tolls: 11 euros x2 + 35 euros x2 + 15 eurosx2=122 euros
Parking 4 days in Barcelona: 60 euros
Hotel in Valencia with parking and breakfast = 120euros
Hotel in Altea = 80 euros
I don’t count the extra meals because we would have gone out to dinner in town most likely anyway.

Total cost of driving: 472 euros! Ha Ha!! About the same. Who would have thought.

We rented a beautiful little apartment in the chic Eixample neighborhood in Barcelona. That was $675 Canadian for 4 nights. Contact me if you want the link.